The 2019 Battlebots season has just begun but I want to take us back and reflect on the 2018 season and what made it work and what could be improved.  But first, I totally missed watching the 2018 season when it premiered as I was in Wyoming with no TV or internet access.  Thankfully, now back in civilization, I have finished binging all the episodes and I’m ready to dive in.  Let’s take a look! 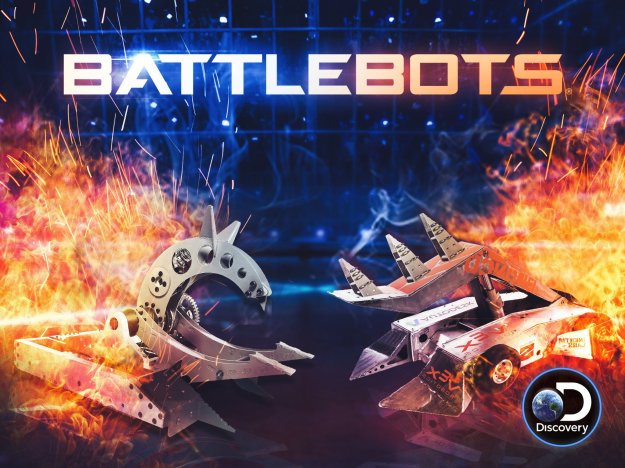 Switching networks, switching styles
The transition from ABC to Discovery Channel is a welcome one.  At its core, Battlebots is a reality show focused on engineering and destruction, perfect for the modern Discovery Channel and its programs.  DC understood what makes Battlebots great and modified it to give us quality and substance.  The end result was a whopping 20 episode season, 10 more than the previous ABC season and on par with the Comedy Central-era show.

This was an excellent choice.  With only one weight class, the show could focus entirely on the competing robots and treat the show like a professional sport.  I’m mainly referring to the playoffs which is such a great choice I’m baffled why it wasn’t introduced sooner.  We have so many robots that we love but we don’t see too often given the brutal nature of a KO Tournament.  With playoffs, we see robots get second (and third and fourth) chance of proving they’re the best and they can give us a good show.  That means we can see bots that do average or okay fight each other and not against the brutes that would otherwise dominate them (I’m looking at you, Duck, you magnificent robot!).

This also means we have a excellently seeded 16 bracket that give us, without a doubt, the best robots of the season by win record.  We can eliminate the duds (like veterans SubZero, Overhaul, and Chomp) and give us the robots that pack a mean wallop (like newcomers Whiplash and Monsoon)!  The bracket gave us a few 4-0s and a lot of 3-1s, most of whom got their seed based on satisfying KOs.

Most of the episodes are focused on the playoffs with each episode ending with an Event Match, a fight that gives us something to look forward to.  This was another smart choice as it gave us really great robots that have done well in previous seasons but who never fought each other (like Tombstone vs Minotaur).  The event match also gave a chance to newcomers who were doing well like Whiplash and Duck who both did incredibly well given they were facing against Tombstone.  Playoffs were great as it helped cement in our hearts bots that we grew to love.

Duck!  was one of my favorite new Battlebots.  I honestly thought it was robbed from appearing in the sweet sixteen but it did tremendous.  Excellent ram/lift bot!

Pad for Time
Unfortunately, this season was the worst example of filler content as almost every episode had only five battles.  The previous seasons crammed more in there with the trade off that we saw highlights for the battles that were slow or inconsequential.  This…I’m okay with, if a battle isn’t exciting then it’s not exciting; probably a quarter of battles in Battlebot history end with two robots barely functioning with both weapons nonfunctional.  As long as we see a good clip here or there, I’m cool.

The Discovery Place network, however, did not do this.  Now, I’m one of those fans that doesn’t mind filler but a good chunk of the episode is basically me waiting for a battle to happen without a lot of fulfilling content.  The filler is basically Faruq announces the first bot, the builders wave to the audience, Faruq announces the second bot, the builders wave to the audience, the builders are interviewed, once in position the first builder punches the button, the second builder punches the button, some more waiting, the lights go on, and FINALLY the match begins.

Previous seasons, most of the time, had a quick introduction by the announcers for each robot and they jumped right in to the battle.  That’s it!  And that was all I needed.  To have the above formula repeat five times for 20 episodes got tiring after awhile.  You could’ve definitely made it six battles per episode and cut out all that filler.

Now, I definitely don’t mind the filler for the actual tournament itself, that is great!  Really gets you hype up for the tournament.  You can play that out because these are robots that actually deserve to be introduced with some spotlight treatment.  You could also use filler for behind the scenes action.  What are the builders doing?  How are they recovering from the match?  What damage did their robot sustain?  How are they fixing it?  I would love to get into the nitty gritty of that.  It would really show the teams’ comradery and intelligence in working together to get their precious bot up and running.  Thankfully, the 2019 season looks to be doing this more and cutting down on the intro filler. 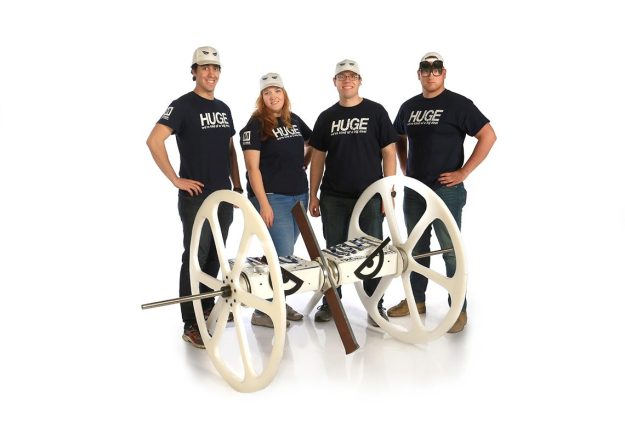 My other new favorite from the season.  HUGE was so hilarious but the height advantage and those weird wheels made it an unlikely, fantastic foe.  Too bad it fell apart in the Sweet Sixteen otherwise I think it could’ve beaten Bite Force!

An Experienced Crew, a Thoughtful Show
By now, the people who have worked on Battlebots these past few seasons have a lot of passion, love, and experience with the sport.  You can tell they have a lot of fun doing what they do and I don’t blame them!  I remember how I was initially critical of our hosts, Kenny and Chris, but I now think they are great.  They know the bots very well, they have seen many battles, and they know how to comment and keep the battle entertaining even when it may be slow.  Seeing Kenny being outspoken against some of the judges’ decisions was something I could appreciate deeply.  I think Kenny may come off as apathetic when next to the hyperactive Chris, but when you see him defend bots and disagree with the judges it really shows he cares for about the sport.

I also like the intro skits, silly they may be, I find them quite entertaining!  My favorite was Warhead lighting the birthday cake on fire though the staring contest with Huge got a good chuckle out of me.

Overall, Battlebots returned from a two year hiatus but it was worth the wait.   My only complaint left is that I wish Battlebots would show the best fights on Youtube!  That would further spread the love for the show I think.  Looking forward to what the rest of 2019 has to bring for us!