Over the past few Pokémon generations, Gamefreak continuously tweaked and balanced Pokémon to the point that weak types (like Poison) were strengthened while other types (like Fighting) were checked.  New moves, abilities, and stat changes made weak or irrelevant Pokémon respectful.  But through it all, one type has remained virtually unchanged since Generation 2 and that’s the Ice type. 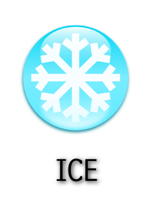 The Ice type is notorious for its great offensive lineup but abysmal defense.   The only type it resists is itself and it’s weak to Fire, Fighting, Rock, and Steel moves.  Keep in mind, Fighting, Fire, and Rock moves are plentiful due to the plethora of Pokémon that can learn them.  As such, many hardcore players favor fast, hard hitting Ice Pokémon, like Weavile, if they want to use them at all.  Meanwhile, defensive Ice Pokémon, like Avalugg or Cryogonal, can not fully live up to their tank desires.  Personally, I usually train dual-typed Ice Pokémon to mitigate their poor defenses.

Ice Pokémon as such, are in desperate need for an upgrade.  Gamefreak needs to fully realize this type and bring it into the fold as a well-rounded type.  But how can Gamefreak do that?  In order to answer this question I decided to do a quick analysis of all 18 types of Pokémon and determined which types could be nerfed in order to advance Ice Pokémon.

In short, I compared each types Super Effective (SE) to Not Very Effective (NVE) ratios for both offense and defense.  Some types are better defenders than attackers (e.g., Poison and Steel) while others are vice versa (e.g., Ground and Rock).  In our case, we want to up Ice type’s defense to be on par with the average type.  At the same time, however, we want to ensure that other types aren’t severely nerfed.  After a lot of tinkering, pondering and calculating, here’s what I came up with.

This may surprise some of you for my choices so I’ll break it down why I chose these types to improve Ice.  First off, Steel can just get out of here!  Steel is the best defensive type in the game, period.  As such, Steel does not need to be SE against three different types.  I love how Steel is powerful against Fairy as that really plays into the mythical history of fairies and forged weapons.  But Ice???  I don’t honestly see why it’s SE unless you’re a snowplow.  There are plenty of types out there that are only SE against two types such as Electric, Dark, and Poison so we can shove Steel into that category.

Ice losing its Steel weakness does not majorly affect Ice as Steel moves aren’t that common as mainly Steel Pokémon use them.  Plus, as mentioned before, Rock, Fire, and Fighting are very common moves so you can easily use these types to take down Ice (Steel Pokémon also commonly learn Rock moves). 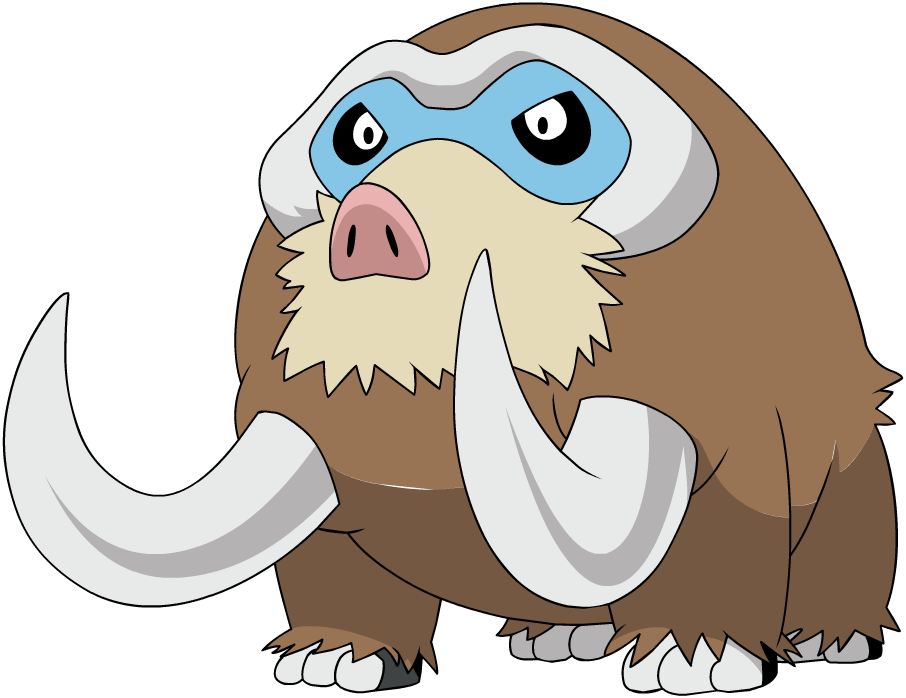 Speaking of common attacking types, let’s talk about Ground!  Ice is already SE against Ground so it wouldn’t be surprising if Ice gained a resistance towards them as well.  Sooooo many type combos have this relationship including the famous precedent of Fire-Grass-Water.  Ground and Ice should be similar.  Ground also has the best SE to NVE ratio out of all the types being SE against five types with only two types resisting and a third with immunity.  I ask the court to look at Fighting for my justification as well.  Fighting has five SE and six NVE/immune defending types.  An added resistance would still not place Ground on the same level as Fire.  In short, Ice’s resistance towards Ground would not hugely impact Ground’s usefulness.

Which comes to my final type change, Ice resisting Ghost.  After I decided Ice should resist Ground I was debating whether to even add another resistance.  After all, the Ice Type is a GREAT offensive type.  It’s SE against Dragon, Grass, Flying, and Ground.  A great mixture that leads to quite a few 4x weaknesses.  When compared to other types, Ice is above average when it comes to attacking.  As such, Ice should still be below average when it comes to defense.  But here’s the thing, quite a few types have four or more resistances so having a third resistance would still place Ice in the below-average category.  But which type?

When I first started this project, I leaned heavy towards an Electric resistance as ice in real life conducts electricity rather poorly.  Electric also only has one weakness.  However, Electric already has a rather poor showing in the attacking category as only two types are weak to it whereas three resist and one is immune to it.  I eventually chose Ghost as only Normal and Dark can counter it.  Plus, when Gen VI rolled around, Gamefreak removed Steel’s resistance of Ghost giving it a mild boost.  As such, I don’t think it would harm Ghost that much if Ice gained a resistance out of it.

BTW, what’s the logic behind Ice resisting Ghost?  Well, I kind of feel like it would counter the shiver people get when their scared.  Since Ice types are already cold, they can’t shiver like Ghost Pokémon would want them to, hence, they resist Ghost attacks.

Finally, let’s talk about the weather!  Back in Gen V, weather teams were all the rage.  Thanks to the like of Hippowdon, Ninetales, Politoed, and Tyranitar, weather effects on the battlefield were common except for Hail.  Snow Stream may benefit Ice Type’s and their abilities but that’s about it.  Even Sandstorm gave Rock Pokémon a 50% boost in their special defense.  Why can’t we say the same thing about Hail?  With this addition, Ice Pokémon can “weather” out attacks and stay strong on the battlefield.

Who benefits the most out of this?

Avalugg, Cloyster, and Cryogonal would now shine in their tanky roles.  Cloyster was already an effective tank but it had to use its Water typing to get an edge.  With this update, Cloyster now resists five types and is weak to four.  Cloyster can be used as an effective check towards such Pokémon as Scizor, Aegislash, and Excadrill.

Alolan Sandslash, fresh off of Sun and Moon, would benefit nicely as well with its 120 defense power.  A Ground weakness is now neutralized leaving a 4x weakness to Fire and Fighting.  This adds up Sandslash’s resistances and immunities to 11, a fantastic, defensive Pokémon.

Thick Fat is an ability that halves damage from Ice and Fire attacks.  Dewgong, Mamoswine, and Walrein all have this ability which helps them tremendously.  The updated Ice Type would definitely benefit them especially Mamoswine.  Now, a Thick Fat Mamoswine would resist four types, be immune to one and be weak to three.  Mamoswine could finally be a decent switch-in against many Pokémon including prominent Ground and Steel types.

Froslass and Jynx would now be one of the few Ghost and Psychic Pokémon that have normal resistance to their dreaded Ghost foes.  I feel like Froslass, with its average stats, would profit the most out of the two by gaining some sweet advantages.  Froslass can now Shadow Ball her Ghost comrades and serve as a decent counter to the likes of Golurk, Palossand, and Aegislash.  This is not to say that Jynx wouldn’t benefit as well as now she can serve as an effective status inflictor and a by-the-books offensive sweeper.

We saved the best for last.  With a 50% boost in defense in Hail, Ice Pokémon can now become tough-as-nails in their weather.  Plus, many Ice Pokémon have abilities that directly benefit from Hail including Snow Cloak, Ice Body, and Slush Rush.

Let’s start first with Abomasnow.  Ice Pokémon hail their pine tree bro as he gets the party started with his sweet Snow Warning ability!  Abomasnow would be a great switch in to Rain Dance/Sandstorm teams as he could withstand oncoming Ground and Water attacks and dish out a 100% accurate Blizzard (plus it doesn’t hurt that he can Mega evolve).  After you got a decent Hailstorm brewing start throwing in your tanky Ice types to sow anger and discontent among your foes.  Ice Body users like Glaceon and Avalugg will be blessed by their increased defenses while a Walrein with Leftovers would be extraordinarily difficult to take down.

This scenario will make Hail a now viable weather scenario that could be taken seriously among hardcore players.  Hail would still not be as popular as Sandstorm and alike but at least it would be treated respectfully.

Could this ever happen?  It’s hard to say in all honesty.  Gamefreak’s continuous modification to Pokémon means anything’s on the table.  Maybe Ice wouldn’t gain these respective resistances but a new type could shake things up and make Ice defensively viable.  Granted, this probably won’t happen until the next Generation which would be awhile and that’s fine.  But until then, fingers crossed!

All images from pokemon wiki