Two shows. One is a live-action, cult hit, drama-oriented show starring three protagonists and their adventures into the slightly strange along with the occasional drug trip. The second is an ongoing, animated show starring a boy, his three alien mentors, and their adventures in the fantastical along with the occasional song. These two shows, Fringe and Steven Universe, are so different from each other that making parallels or comparisons between the two would be difficult if not nonsensical.

Yet both of them have a strong focus on parenting and in particular, Fringe deals with fatherhood while Steven Universe concentrations on motherhood. I want to dive in to how both of these shows deal with their respective parent and discuss if the now ended Fringe can tell us the future of the still ongoing Steven Universe.

Let’s start with Fringe. Fringe’s attitude and theme towards fatherhood is at first quite subtle. Our main source is Peter and his dad Walter who are two of the three main protagonists of the show. Season One focused greatly on Peter and Walter amending their very rocky relationship which culminated to Peter finding a newfound love and respect for Walter. As the series progressed, new fatherly relationships are expanded on such as Astrid Figglesworth’s uneasy relationship with her dad and Olivia being abused by her step-father when she was a child. The big kicker though comes in the reveal that Peter is from an alternate universe and Walter kidnapped him when he was a child when his Peter died. This catalyzed most of the series’ events including one of the show’s main antagonists, Walternate, or the Walter from the alternate universe, and his quest to get his son back. Super trippy and balls awesome, yes, but it does highlight the lengths both Walters had to go through in order to save their son. Fatherhood was ratcheted up a notch in the final season (and this was when my roommate and I noticed its prevalence) when Peter went to great lengths to avenge his daughter’s death and September was willing to sacrifice his life for his son Michael. It was also the season where Walter sacrificed his life for his son Peter in a very bittersweet ending. This article does a great job summarizing Peter and Water’s relationship and I highly suggest you read it if you are a Fringe fan. 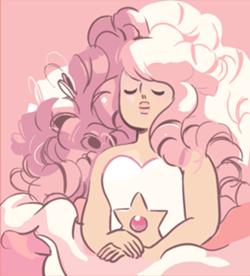 Steven Universe’s themes of motherhood are starkly more apparent than Fringe’s initial dip into fatherhood. First off, Steven basically has three moms and a dad that we only see every four episodes or so. Steven’s own mom also gave up her existence to bare her child and to symbolize her love for Steven’s dad, Greg. Season 2 has also been giving us a lot of great mom episodes involving Connie’s mom, Sadie’s mom, and, of all people, Onion’s mom. Already, we have seen themes of nurturing (Onion’s mom), protection (Connie’s mom), and encouragement (Sadie’s mom) that make up a big part of motherhood. I wouldn’t be surprised if we get more mom episodes in the future from other supporting characters along with a more detailed look at Steven’s mom, Rose Quartz, and her love for Greg.

Okay, so is there a connection between these two, vastly different shows’ approach towards parenthood? Well, there is but both of them handle it differently.   Boiling down plot elements to their purest form, we see a strong sense of sacrifice from both mothers and fathers. As mentioned before, the fathers in Fringe go to great lengths to avenge, protect, or preserve their offspring from harm no matter what the costs. In Steven Universe, Rose Quartz sacrificed her life to bare Steven while the Crystal Gems defend and protect Steven even if they are harmed during the process.

Now granted, Steven Universe is still an ongoing and continuously evolving show so we have yet to witness the full potential of it. This idea of sacrifice may play out more or there may be other themes of motherhood that would be touched on instead (like the aforementioned nurturing, encouragement, and protection). Nonetheless, Fringe could give us a clue into the future of Steven Universe, a future where things aren’t as rosy as they currently are.

As situations will likely become dire, we should expect the characters on Steven Universe to make tough decisions that would ultimately change the current standing of the show. This show is not afraid to challenge familiar tropes and the status quo. Other Cartoon Network shows, mainly Adventure Time and somewhat Regular Show, have done the same thing to their setting and characters and it’s not surprising that Steven Universe is already doing it despite its still young lifespan. Likewise, Fringe is similar in to Steven Universe due to its plot setup, its embracement of the untypical trope situations, and how every season is unique due to dire changes that happened at the end of the previous season. What I’m saying is that Steven Universe is changing and will continue to surprise us in ways we won’t expect, the days of status quo continuity, as seen in Powerpuff Girls, Dexter’s Laboratory, and Ed, Edd, and Eddy, are long and forgotten.

First off, if we were to be directly inspired by Fringe, there might be a global invasion of Homeworld Gems. If the Cluster, whatever that is, does not work out. Yellow Diamond may take it upon herself to call a massive invasion onto Earth, and establish a matriarchy on the planet. Steven’s home could be destroyed, his city would be forced into curfew, and Homeworld Soldiers would patrol the streets looking for him and the Crystal Gems. This happened in the final season of Fringe when the Observers took over the protagonists’ universe and basically established a fascist patriarchy. This comparison between the Observers and the Homeworld Gems is not farfetched as they are characterized by their mysterious nature, their power, and their preference towards one particular gender. Both forces were hinted at since near the beginning of their respective shows and we’re only given teases and glimpses into their world as their series continued. And now, it will only be a matter of time before the Homeworld Gems make their true, and world-shattering entrance.

As fan theories go, this one is kind of out there so if you were looking for something easier to swallow I present you with this. Fringe’s final season was intense with emotion, action, and payoff. Steven Universe will likely emulate this on both the positive and negative notes. If sacrifice does come into play in the show’s final moments, we will likely see some of our favorite characters pass away (and not just reborn) for the protection and preservation of Steven.

While Fatherhood, both in Fringe and in general, may be categorized by bravery, morality, and wisdom and Motherhood may be categorized by the aforementioned nurturing, protection, and encouragement, both are ultimately link in self-sacrifice. What lengths would any good Father or Mother go to in order to preserve their child? Fringe knows this and embraces this. Steven Universe will likely go the same path. Pearl loves Rose Quartz and her child Steven. Pearl has sacrificed herself so many times in order to protect Rose. Whose to say that she won’t do it again but this time, end her life permanently by doing so? What effect will this have on Steven’s psyche when that time comes?

Perhaps Steven will become hardened by his loss and take on the role of both a father and a mother figure to the rest of his family and friends. We saw a glimpse of this in the premiere of season 2 when he tried to shut Connie away from his troubles. He wants to protect those he love. If a true tragic loss were to occur, he may go more extreme than this and take on a role similar to Peter when his daughter died in the final Fringe season. If that were to occur, he’ll need Connie, similar to Peter’s significant other Olivia, to pull him back and embrace his true humanity, once again.